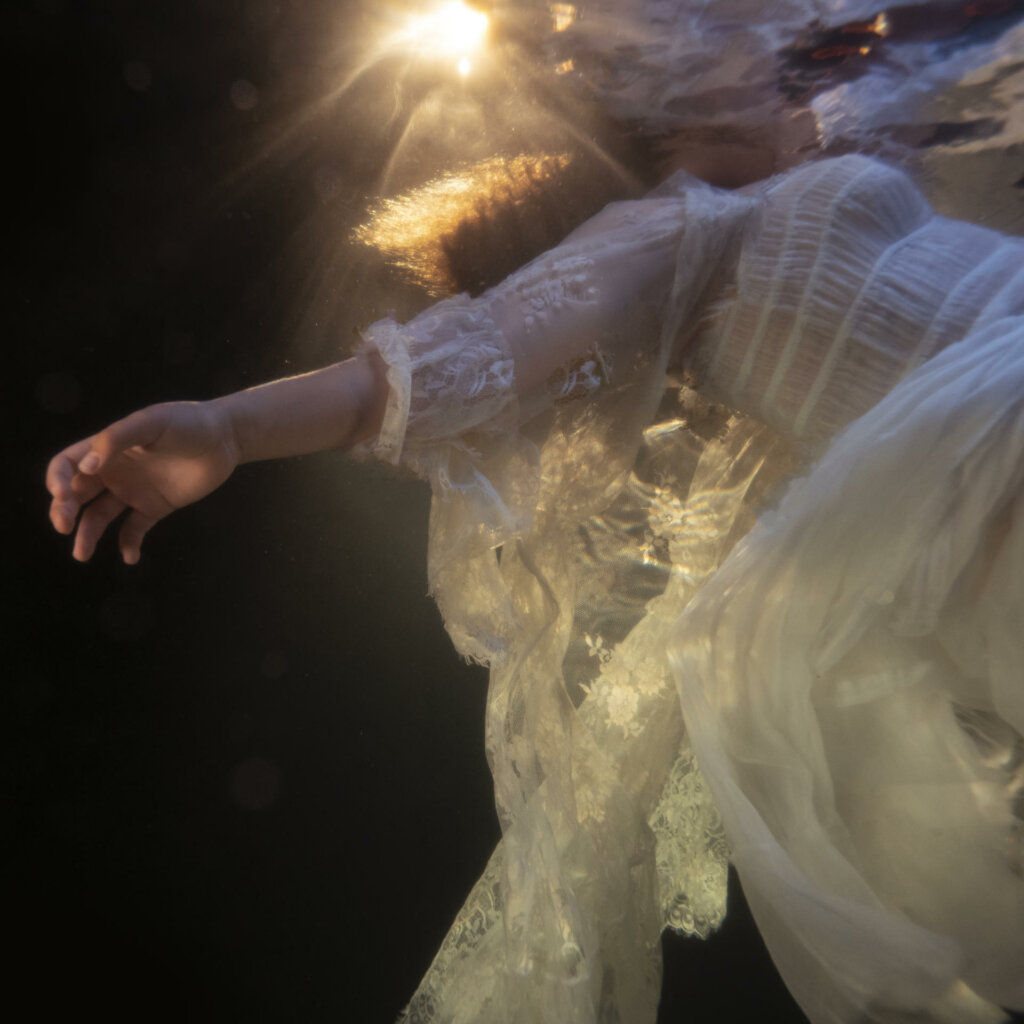 All Things Work Together 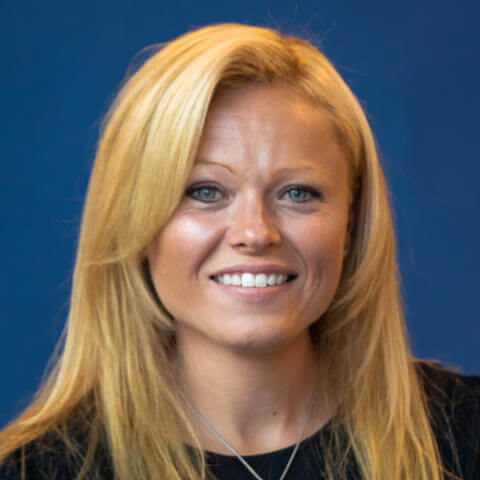 After a terrible mistake, Brooke Smith finds freedom that only God could make possible.

Social gatherings made Brooke nervous. She disliked small talk and worried she’d say the wrong things. But there was no skipping her work Christmas party that afternoon. The company was celebrating virtually, like most everyone in December 2020, which made it worse. People staring at each other on their computer screens added a whole new level of awkwardness.

Brooke poured herself a drink, hoping it would relax her before she had to sign on to the party. Why couldn’t she be more like Ned? Her husband loved social gatherings and inviting people over. He was a complete extrovert. Her drink went down easily, so she poured another. She wasn’t going anywhere and didn’t have to worry. Ned was picking up their eight-year-old son, Carson, from school.

Still, her anxiety rose like a wall dividing her from everyone—even her family. She was holding Ned back, not being social enough, not being a good enough wife or mother. If people got close to her, they’d see it, too. Trying to plan for worst-case scenarios and to control the situation had her struggling with chronic stomach issues and seizures that doctors were unable to diagnose. Sometimes she had trouble even swallowing. She’d tried anti-anxiety medication, but fearing side effects, she’d stopped taking them.

Many nights her heart raced so badly from worry that she moved to the couch to not wake up Ned. Extreme exercise, constant busyness, and strict diets were no longer holding the anxiety at bay. And there was the pandemic. Working fulltime as an occupational therapist at a nursing home, she isolated herself for her patients and for her family. But she could so easily cause harm without knowing it. The only time the anxiety eased was when she drank.

Taking a seat at her computer, Brooke emptied her second drink and refilled a third. How long before she had to log on for the Christmas party? At some point, a new text came in. Ned couldn’t pick up Carson. She would have to do it.

When Brooke opened her eyes, she found herself in the hospital, two policemen in her room. She had been in a wreck and her car had rolled, but somehow she was uninjured. There was something odd about the way the policemen were looking at her as they spoke, like she was the lowest form of life.

Soon, she learned the reason. She had hit a man while driving under the influence—and he was thought to be in bad shape. The surgeon was trying to save his legs. Brooke didn’t remember even leaving her house, let alone driving. It seemed impossible, surreal. She’d hurt someone badly—a man whom she’d been told had been living out of his car at the time of the wreck. She was at fault. It was excruciating not to know how he was doing.

“I’m not going to try to escape,” she told the policemen when she was given no water and forbidden to go to the bathroom. But then, it dawned on her. They intended to make sure she didn’t try to hurt herself after learning what she’d done.

That night, Brooke was led out of the hospital in handcuffs and placed in the back of a police car. On the way to the detention center, where she’d be booked and placed in holding, Brooke looked down at her bound hands as they crossed a bridge. If they were in an accident and went off the bridge, she would most likely drown without the use of her arms. Would her family be better off if she didn’t make it? Why hadn’t she been the one to be hurt or die in that wreck? She could hardly get her mind to work beyond praying, Help me, God, over and over.

Charged with a felony DUI, Brooke spent a night in jail, and learned from her lawyer that she could face up to 15 years imprisonment if the man she hit was severely injured or died.

Her lawyer explained it could be months before they knew anything. “Go home and live your life,” he said.

Home? It would be far worse there. She’d have to face what she’d done, and everyone would know. McClellanville was a small town.

Once released, Brooke stood outside the detention center, waiting for Ned to pick her up. She felt pieces of glass still in her hair, and she wore the same clothes from the accident, but had on random shoes, no idea where they’d come from. She’d never gotten more than a speeding ticket. Yet, she had become the worst version of herself at 37. How would Ned react?

The moment she saw him, an overwhelming sense of God’s grace filled her. She saw so much love in his eyes that she felt she didn’t deserve. As Ned drove them home that day, she said into the quiet, “Tell me what to do.”

He kept his eyes on the road. “I need you to be okay...for us. That’s all I need you to do.” He feared, Brooke realized, she would be crushed by what she had done, that she wouldn’t be able to move forward.

But she would do whatever it took to be the mom and wife her family needed.

Those first days at home, Brooke forced herself to get out of bed, to take a shower, to cook for Carson. She agreed to take medication prescribed for anxiety by a psychiatrist, finally admitting out loud that it was a serious problem. She went to church, although she felt ashamed and unworthy to enter. “I was guilty. I had a desperate need for forgiveness that I knew I didn’t deserve,” Brooke said. “I don’t think I ever really understood grace before this.”

Four days after the wreck, their neighbor, who was in her 70s, brought over dinner even though Brooke thought there was no need. “I could cook,” Brooke said. “I wasn’t hurt or ill. I felt like I didn’t deserve to eat.”

Yet Ruthie handed Ned a huge chicken pot pie casserole. “You can do what you want with it,” she said. Brooke and Ned, despite hardly eating since the wreck, sat down at the table because Ruthie had made the food and because they were desperate to make things normal for Carson. As they dished out the casserole and prayed, they felt an immediate change. The heaviness hovering over them dissipated so markedly that she and Ned began to cry, sensing God telling them that no matter what happened, they would be okay. It was a huge casserole, and they ate it all, Ned commenting that the Holy Spirit must’ve been in that pot pie.

“I also realized,” Brooke said, “that when someone brings you food, it’s more than a meal. It’s someone showing they care that you’re struggling.” Many others, including the small group Brooke had recently joined, also reached out, offering meals and encouragement.

As the weeks passed, Brooke kept busy, baking for other people and praying for what they were going through as she did it. “Through the little things,” Brooke said, “I saw that God can accomplish big things.”

She and Ned also made the decision to stop drinking alcohol. “I used to think if Ned knew the real me, he wouldn’t love me the same. I was wrong. I used to focus on having the house super clean and everything needing to be perfect. But I realized Ned would rather listen to me sing, tell corny jokes, and just be honest and open. We spent more time together and started sharing our prayers and really talking. I would’ve never believed something so awful could lead to this, especially while the very real possibility of me going to prison still loomed over my head.”

One day in church, Brooke heard a sermon about Paul and Silas finding purpose while in jail. Was it a sign that she was going to prison? Brooke closed her eyes. Maybe God meant for her to minister to people inside? God, even if you choose to answer my prayers in a way that is not what I would choose, I want to surrender to your purpose for my life.

“Scary as it was, it was so freeing,” she said, “to finally give up the control that was never mine. God’s strength helped me face the unknown.”

That week, she learned that the man she had injured had made a full recovery, and the charges had been dropped to the lowest possible for DUI: suspended license and a fine.

“Every day I continued to thank God, and pray for him to show me his purpose for my life and give me the courage to do whatever he asked of me. Although I wasn’t permitted to contact the man I’d hurt, I prayed that God would give him a home and a purpose despite me.”

Nearly a year later, Brooke received a text from the man she’d injured. At once grateful and nervous about what he might say, she read his explanation of how, as an alcoholic, he’d been living in his car, estranged from his family. He had been about to celebrate a few weeks sobriety by grabbing a few beers. He’d known it was killing him, but hadn’t been able to stop. The wreck, he told her, saved his life. He got sober, now had a home, and a renewed relationship with his kids.

To read this text was a gift beyond measure. “God used my huge, huge failure to bring about something good,” Brooke said. “It was undeniably God.”

Although they planned to meet on December 15, the day the accident had occurred a year earlier, the man changed his mind at the last minute. He wasn’t ready to meet her. Brooke, however, soon learned that the man did show up that day at Seacoast’s McClellanville Campus, the spot they’d chosen to meet in sight of where the wreck had occurred. It so happened that Pastor Heath Caldwell noticed a man outside, praying by the cross. Going out to chat with him, Heath soon put together from the man’s story, who he was and how God was working in his life.

“God removed me from it, Brooke said. “I had no part. That was all God, healing the man I’d hurt. And healing me on such a deep level, and in so many ways, I’ll never be the same.