From an interview with HARMONY BUTLER 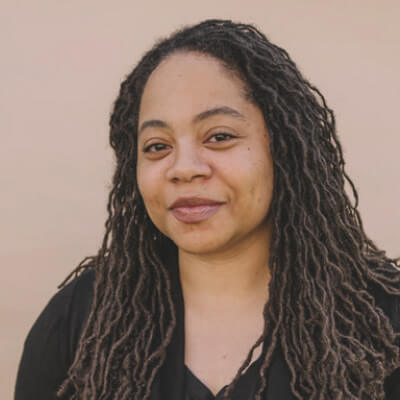 In middle and high school, Harmony sometimes had to sneak to church. Sometimes, she even begged, but her mother’s most effective punishment was forbidding her to go.In their home, God got a mention at the dinner table, but he was rarely invited in as more than an occasional guest.

Harmony typically did what she was told, but not when it came to missing church. Every Sunday, she waited outside her house in Florence, South Carolina, for youth leader, Mrs. Lil, to come around in the van to pick up the neighborhood kids for church. Too often she was home alone, the youngest of four, her mother either at work or singing at a club. Her father had abandoned them when she was little. Church was a comforting escape.

Mrs. Lil made Harmony feel like she mattered. “You’re meant to be an example of your name: Harmony,” she would often say—her words always so encouraging that Harmony stored them away in her heart. In fact, later in Harmony’s life, she would rely on the echoes of Mrs. Lil’s words to get her through a crucial time.

Everything changed during Harmony’s junior year of high school, when her mother could no longer pay the mortgage. The two became homeless. Her mother moved in with a friend, while Harmony stayed with whichever sibling could take her to school. “I slept at my sister’s place a lot, but I couldn’t move in,” Harmony said. “Public housing had strict limits on occupants. Routine checks were common. So I lived out of a closet in her living room and my backpack.”

In return for a place to crash overnight, Harmony often babysat her sister’s three children instead of going out with friends, or even to the prom. But Harmony spent almost no time alone anymore. While watching the kids, she often had her boyfriend over, as her sister did not live in the safest neighborhood.

Determined to finish high school and create a different life for herself, Harmony signed up for the Army National Guard midway through her senior year. After graduation, she planned to go to basic training. But that spring she found out she was pregnant.

What should she do? She would graduate. She would keep the baby. But if she got out of the Army now, she wouldn’t be allowed back in.

She made the decision to stay in the Guard, and break up with her boyfriend, who was treating her badly, even though he had not been unhappy about the pregnancy. “He said he got me pregnant on purpose,” Harmony said. “So that if anything ever happened to us, he wanted it to be so that we’d always be connected. Looking back now, I see this was a creepy and unhealthy way of thinking.”

As the months passed, Harmony worried how she would give her unborn daughter, Yamahni, a stable home. With each passing day, Yamahni became more of a real presence. Who would keep her while she was in basic training? Her sister had moved away. She didn’t want Yamahni to experience the same unanchored kind of childhood that she’d had with no father around for her.

After graduation, Harmony talked through her dilemma with Mrs. Lil, and gradually tried to hand the situation over to God, but something more was needed. Mrs. Lil understood what it was: a strong foundation, a rootedness like no other. Harmony chose to get baptized before Yamahni was born. At Mrs. Lil’s house, Harmony made a public declaration of her commitment to Jesus.

Shortly thereafter, Harmony’s oldest brother Michael, who lived in Summerville, South Carolina, agreed
to keep Yamahni while she was away at basic and then advanced individual training to become an Automated Logistical Specialist. “None of us had much financially,” Harmony said, “but I’m thankful that me and my siblings have each other to depend on.”

Only once during her training was Harmony allowed to see Yamanhi. She hated missing her daughter’s first birthday, but tried to console herself with reminders that she was providing for her.

After nine months of training, Harmony returned with a paycheck decent enough to get a place of her own—a small, two-bedroom apartment. “It felt great to pay for things on my own,” Harmony said, “but it was tough. To keep up with rent, I worked at two fast food places and a gas station to bridge the gap since the Guard’s only a part-time position. And I still needed my siblings’ help watching Yamahni.”

Harmony got back together with her ex-boyfriend, Yamahni’s father, hoping to give Yamahni the stability of having both parents. But it was a dream that turned into a nightmare, and she quickly ended it. Only many years later would she tell anyone that during that time, he sexually assaulted her.

After that, Harmony wanted nothing to do with relationships. She focused on building a life for her and Yamahni. But one day, when dropping Yamahni at her brother’s while she had a drill weekend with the National Guard, Harmony ran into to her brother’s roommate, Myron.

She had known of him for a long time, but somehow they were never at the house at the same time. It didn’t take long to notice Myron’s interest in her, but after what she’d gone through, no way.

But Myron treated her with respect. He was patient. And she had to admit he was cute... somehow sweetly nerdy. Plus, he’d known Yamahni since she was a baby. Seeing how much he cared for her daughter gradually softened Harmony’s heart in a way that made all the difference.

“IT’S NOT OFTEN YOU CAN SAY YOUR DAUGHTER KNEW YOUR FUTURE HUSBAND FIRST,” HARMONY SAID.

Married when Yamahni was close to three years old, Harmony and Myron moved to El Paso, Texas in mid-2010 for Myron’s first active duty station after joining the Army. Thankfully, Harmony was able to transfer to a Guard unit there, too. Their first real home!

“It was the first time I didn’t have to work three jobs and make a food plan to make sure Yamahni had at least two meals a day,” Harmony said. Too often in the past, she’d not eaten, so her daughter could. Now life was good. Myron loved her and Yamahni and treated them well. They were happy. They were healthy...and stable. So why, when life was the best it had ever been, was she so depressed? She didn’t understand it. For months, she kept it to herself, feeling guilty for not being happier. The depression worsened, old wounds resurfaced, and on New Year’s Eve of 2010, Harmony attempted suicide.

For so many years of her life she’d been in survival mode, pushing away the pain and trauma, and that constant sense of rootlessness. There was so much she hadn’t dealt with. “I brought all these issues into my marriage, into my new life. I’d not dealt with the sexual assault, and I never had the love of a father to show me how to be comfortable enough to run to our Heavenly Father when I hurt. After Yamahni was born, I set out to find my dad so I could let him know he had a granddaughter. When I found him, he said he was glad, but still he never called or wrote to me. And he didn’t even tell me he was dying.”

At a mental health facility after her suicide attempt, Harmony thought of something Mrs. Lil had often said. “Even the quietest ‘no’ makes the devil tremble.”

“That is the reason I’m still here,” Harmony said. “I said a quiet ‘no’ to ever trying to take my life again.”

The words of Mrs. Lil and the faith that had formed in her childhood kept Harmony alive, giving her the strength to take a different road. She had always believed in God, but now she was letting him in. Slowly, she began to heal.

“I used to think I was weak because I had to spend time in a mental hospital due to what I went through. But going through a lot can make you strong—for yourself, for your family, and for others. I never expected that today I would be teaching other people about good mental health,” Harmony said, now pursuing a degree in social work. “That obviously is all God! And every day, I still try, like Mrs. Lil said, to be an example of my name: Harmony.”